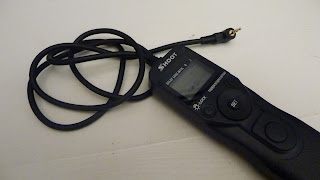 I don't know why it was relatively hard to find a cheap intervalometer for my GH2. I was searching the forums but noticed people were spending $45 and up for a device that shouldn't cost more than 25,- (which is exactly what I paid for my remote for the Canon 550D) And they seemed to be really happy with that deal..! Was Panasonic stuff more expensive or was it just the GH2 stuff that was more expensive? Because apparently the remote that works on the GH1 doesn't work on the GH2, so I was made to understand.

But finally I found someone who could verify that they had bought one that was cheap and worked. I just love that combination. After just a few clicks on eBay I found the same model even cheaper. US $21,- including shipping. For that money you even get a printed box, 'new' batteries that are half dead (or half full, depending on...) and a manual in readable English! How's that for a good deal?! And yes, I can confirm that the timer remote works. 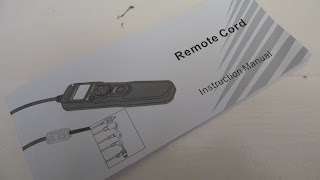