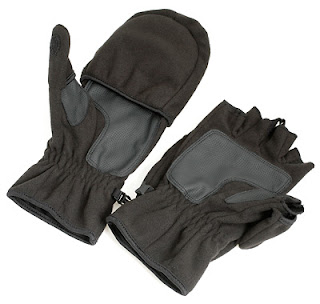 A few months ago I wrote about my fingers practically being frozen during a shoot out on the water. A few days after this shoot I noticed someone who was wearing gloves that were designed to allow control over equipment like phones or... camera's! It was my new discovery for shooting in the cold: filmers' gloves. (photographers probably have known them for ages) The fingerpart of the gloves can be removed to allow control over the buttons and scrollwheels. I bought a pair but regretted not buying the ones whereby you can also remove the thumb. The thumb is crucial! (but I was cheap and didn't want to spend the extra 20,- for a removable thumb)
For those who might need a pair: this store sells the ones with removable thumbs for a special price. Even including shipping across Europe it's still 10,- cheaper than the 35,- they ask here in Holland. Within Germany it's only 5,- shipping.
Get them while it's cold!
Posted by Jeroen Wolf at 10:15 AM