To color correct or not to 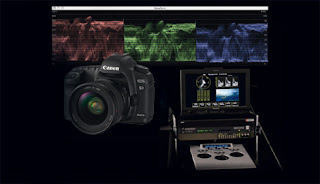 "We'll fix it in post", is a much heard expression and its meaning is becoming more and more prevalent in video and filmproduction. The ability to correct and manipulate (the look of) footage has become more mainstream since the advent of tools such as Magic Bullet's Look or Colorista.

I wouldn't call myself a knowledgeable color corrector at all and I feel I make too little use of it. I have used presets from 'Looks' on a few clips and the response on Vimeo was so much more enthusiastic compared to 'unmanipulated footage'... it was a great stimulus to explore more of that area.

Reading the forums, it seems everyone is a crack at color correcting. People want 'flat images' out of the camera so they can get 'the most filmlike' results after color correction. But how you achieve that look is not easily defined. (aside from shooting progressive and make use of shallow depth of field) Often the same people who want that filmlook have these razorsharp lenses. But the filmlook is 'soft', right? Film is 'warm' but many films have a distinctly 'cool' look. Confusing...

I could also just create a 'filmlike' picture profile and forget about grading. It would save me a lot of time. After all, how many movies do I make per year... and my clients want razorsharp logo's and shots bathing in light.

But now Canon has just released a 'Technicolor Cinestyle that optimizes the dynamic range in the image by leveraging the capabilities of the Canon imaging chipset'. Sounds amazing and the entire DSLR-world seems to drool over it. I'm not sure what it means but I desperately want to be part of it. Just installing it I feel like a filmer already...
Posted by Jeroen Wolf at 1:21 AM