My company Imagine Video co-produced it and I did a lot of the 'intimate' camerawork for it. The film was received with great praise by both the press and the public.

You can see the documentary online by clicking here: The Passing Years.

Posted by Jeroen Wolf at 4:03 AM No comments:

I am now officially a Flying Dutchman!

No, I did not get my pilot license... but I did get a Phantom 4 drone! My first drone. The Phantom 4 struck me as 'somewhat idiot proof' with it's obstacle avoidance system so I decided to take the plunge. I'm taking one lesson to avoid the most common mistakes and then I'm off to.. err, well, whereever... :-)

Fly, soar, float in the sky... the next best thing to having wings myself... Anyone in need of some aerial footage in Europe? Contact me, your devoted drone pilot. 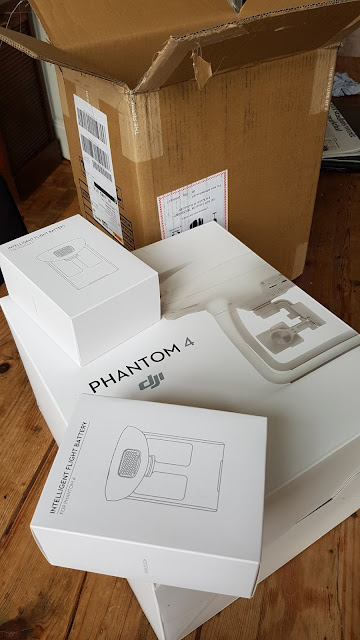 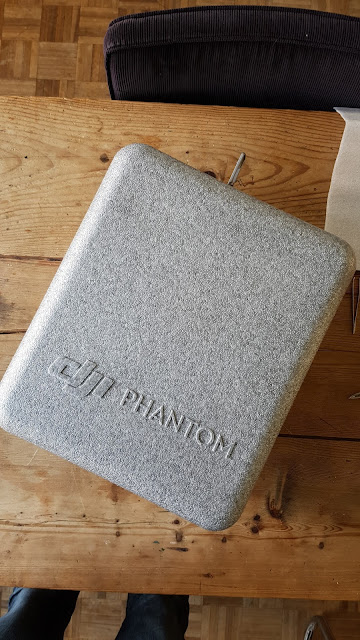 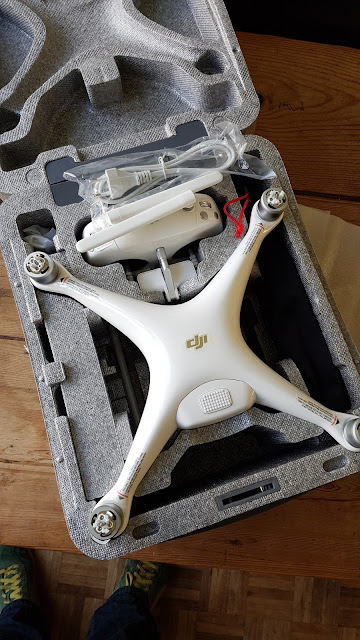 Why I traded my Sony PXW-FS5 for a FS7

Late November I was an early adopter of the Sony FS5. I was very excited about this new camera after I had played with it at IBC 2015 in Amsterdam.

It had the same super 35mm sensor as the FS7, a camera I had been eyeballing from the moment it was announced but which seemed too intimidating and costly.

When the FS5 came out, I figured this was a mini FS7 and I felt it was meant for me. This was not as much based on reality as it was on desire. Even after visiting Alister Chapman's workshop on the FS5 I failed to see that this camera was not a small FS7, even though Alister emphasized this. Although he phrased it a little differently by saying it was 'not a cinema camera' like the FS7. There were so many things I did like about the FS5, like the variable ND, the handy viewfinder, super slow motion and the fact that it fit in my bicycle messenger bag.

I was set on the camera and pre-ordered one. Late November I received it.

After having test-shot the FS5 and filmed part of an assignment with it, I soon became frustrated and desillusioned. The quality in UHD was not what I expected, especially in low light. The kitlens is very hard to focus manually and autofocus is slow and not accurate the few times I tried it. The compact form factor of the camera actually works against you when trying to shoot handheld. The package with the kitlens is fine when you cradle the camera or do very short takes through the viewfinder. But when you use a bigger, heavier lens, possibly in combination with a SpeedBooster and you add a wireless receiver, an external mic, a (in my opinion mandatory) loupe and a big BP-U60 or even U90 battery, you have one very heavy, small package that cannot be handheld for extended periods of time. It is much easier to balance a 'large', heavy package than a 'small', heavy package. When I started looking for a loupe and a shoulder-solution, I realized I was building a FS7.

I traded my FS5 in for the FS7 -with considerable loss- but have nonetheless been extremely happy with the decision.
First surprise: the FS7 is not a big, heavy camera at all. I think most people coming from DSLR's would disagree but coming from a Sony EX3, it is about the same size and weight (with the Canon 24-105 and the SpeedBooster). Second impression: I love the arm for shoulderwork. This camera is actually much better designed for shoulderwork than the EX3.

(Another misconception: the FS5 is small and light and will therefore attract little attention. Well, forget it. It looks like a pro camera and once decked out it is far from stealth.)

The FS7 solved a lot of my problems: an excellent Sony loupe, better ergonomics for shoulderwork, a much better 4K picture, bigger buttons for easier control during shooting and alltogether a camera that represents the best value in a camera by far, ever.

But even the FS7 needs improvements ie investments to make it (near) perfect. I have immediately ordered the Shape extension arm and it is brilliant and mandatory. There was basically no way to quickly lay the camera down without one... (and then there are other other benefits like being able to change the length or position of the arm in a second- something you needed tools for with the Sony arm)

And today I received the Vocas baseplate for a much better shoulderfit. Expensive? Yes. But I want the best possible results with this camera and spread out over the many years I'll be shooting with it, the investment is acceptable.

In my younger days I often tried to cut corners but as I get older, I am more inclined to buy the best possible gear I can afford. No more compromise. Right now I can afford this camera and it feels just right.